A novel acoustic source concept has been demonstrated by NUWC-NPT and ETREMA.¹ Designated a “Vector Projector”, this modular concept was shown to have a substantial operating bandwidth in a compact size using a narrow cardioid operating mode that can attain full source levels while requiring only one-fourth of the input power of the same source operating omni-directionally.  Pulsed and continuous wave (CW) operation of the source demonstrated high sound output levels.

The NUWC-NPT Vector Projector consisted of 8 Terfenol-D transducer elements in the form of a ring that radiated acoustic energy radially outward. The source was driven to form monopole, dipole and quadrupole beam patterns. By combining the measured electrical drive, acoustic pressure amplitude and phase coefficients of these beam patterns; a narrower beam pattern is generated through superposition, called the narrow cardioid mode.²

Working under a Phase II SBIR contract from the Office of Naval Research (ONR), ETREMA has successfully scaled down the Vector Projector from 5.75” diameter to a 4.5” diameter size while maintaining its functionality. A super element, defined as two-rings, was fabricated and successfully demonstrated in both omnidirectional and narrow cardioid modes of operation over a frequency range of 3.5-7.0 kHz. The projector exhibited the ability to operate with high duty cycles and high source levels.

Characteristics and features of a scaled Vector Projector super element are as follows: 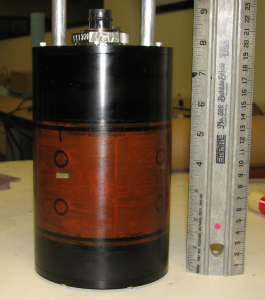 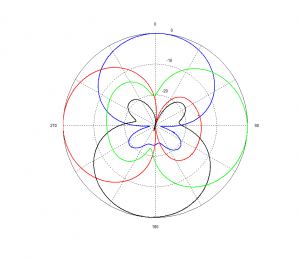 Have questions or want a quotation?

Contact TdVib for a quotation on the quantity and configuration needed. Or work with us to optimize performance and cost for your application